A collection of queer fairy tale retellings for the discerning reader. Dive into a world both familiar and strange and meet a colorful cast of characters from all different backgrounds and upbringings, from princes and paupers to aliens and dwarves, from merchant sons to sign language interpreters. And fairies, of course. But it’s important to remember… most fairies aren’t fairy godmothers.

The White Cat follows the intrepid young prince Yufitri from across the Sea, who meets a mystical talking cat who offers to grant all his desires—even the call for a wife.

The Fairy’s Gift tells the tale of a young princess Wynn who was cursed by an evil fairy to… have the body of her dreams? Oh no, whatever shall she do? Save a neighboring kingdom it seems!

In From Stars They Fell, when a strange metal ship falls from the sky, an angel with dragonfly wings is left stranded in a strange land, and meets a young man who speaks with his hands.

When the angel takes the job of the young man’s interpreter, Oswin, he sets out to find new work. The Echoes of the Dead finds him stumbling across mysterious black ruins in the woods, inhabited by a scarred and quiet elf whose kindness hides a depth of despair.

In A Step Apart and a World Away, Naomhan, a duke’s son, who has always felt apart from the world, rescues a beautiful snake, who turns into a beautiful man promising rewards for Naomhan’s kindness. But Naomhan wants only to disappear.

And In the Shade of the Tree of Life ends the collection with a tale of anxiety and heartbreak, when a tailor’s apprentice of maligned background falls in love with a hermit of a prince.

The next day, Yufitri woke to gentle hands shaking his shoulder and pointing toward a set of unfamiliar clothing folded atop the chest at the foot of the bed. Two pairs of hands helped him undress, then put on the foreign clothes. A short shirt with tight sleeves and short pants came first, and then a longer shirt that ended at his knees and buckled at the waist. It had tight sleeves only to the elbow and then fell open, dangling strangely around the long sleeves of the first shirt. And to finish, soft deerskin shoes.

He felt like his top half had been overstuffed, leaving legs oddly bare, but he found, as he acclimated to the unfamiliar clothing, he was much warmer. A long cloak was draped over his shoulders and fastened with a pin.

Now that he was fully dressed, the hands gave him a gentle push toward the door and led him down to the dining hall. The white cat sat at the head of the long table, sitting primly on a velvet cushion so it could look over the empty dishes. The rest of the table, save for one seat, was filled with other cats of varying size and color. Their eyes, jewel-bright and glittering, watched him as he entered. He was a bit intimidated but took the empty chair beside the white cat and sat to its right.

Green eyes gleamed at him, and the cat inclined its head politely. “I am glad the clothes suit you, king’s son. Don’t worry; you can have yours back when you leave. I am having them washed.”

“Did they offend?” Yufitri couldn’t help a smirk.

The cat seemed to smile, its eyes narrowing softly. “A little. Cats have delicate noses.” The rest of the table started to purr, presumably in amusement. The food emerged from the kitchen, carried by the floating hands. He was surprised how quickly he was getting used to them.

However, he was not excited to see the plates contained an opening course of roasted mouse. The cat saw his face and called a pair of hands over with a paw. “Make sure our guest gets his proper meal,” it said. “I will not be the sort of host who serves food unfit for human consumption.”

The hands came together and dipped forward as if bowing and returned to the kitchen.

In a moment, there was a bowl of warm soup in front of Yufitri, white and steaming. “Milk and potato are the main ingredients,” the cat said comfortingly. “No mouse or rat has touched it.” A purr snuck into its voice. “Though I can do nothing about the cat hair. A hazard of a cat-ruled kitchen, you see.”

“I…also do not consume swine or cow, dear cat. Though I’ve no such objection to accidental fur.” He smiled.

“I shall have a note made.” Sure enough, it told the nearest set of hands to inform the kitchen. Yufitri watched, marveling, as two hands came together and reshaped into quill and parchment. Another hand wrote the note and, when finished, rolled it up, and flew off into the kitchen.

The potato stew was excellent. Two large birds served as main course, each carried by two sets of hands. Well-mannered cats cut slices off with their claws and took only small bites. The white cat, the politest of them all, patted delicately at its face and whiskers with the napkin from beside the plate.

After the meal, the rest of the cats leapt from their chairs and returned to whatever their business they had, leaving Yufitri and the white cat.

“Would you care to join me in the drawing room?” asked the cat.

It jumped off the cushion and landed primly on its feet, looking back at Yufitri. “I am curious about whatever quest brought you to this strange land, and I’m sure you have questions for me, though there is little I can answer.” 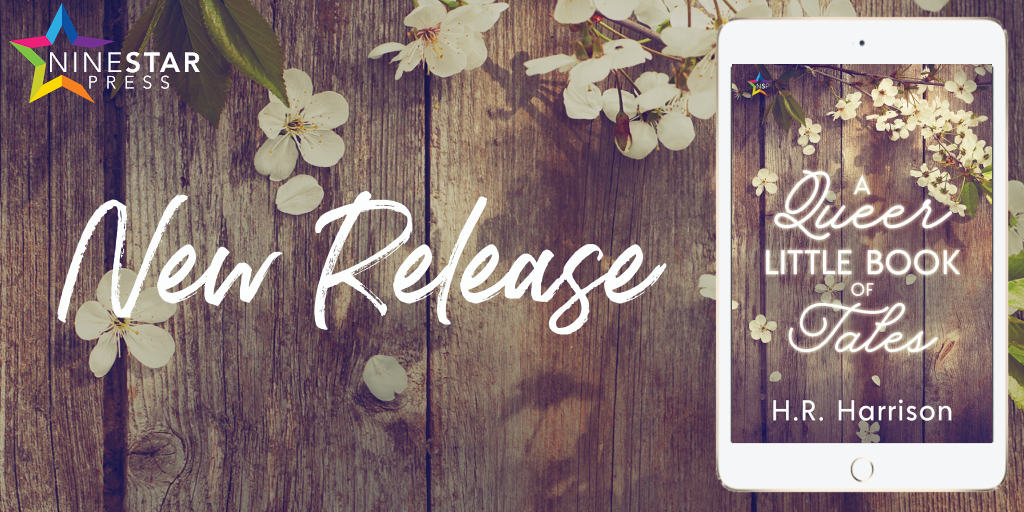 H.R. Harrison is the penname of an unfortunate soul whose ancestors opted to Americanize pronunciation… but not spelling.

She has worn a lot of hats in her day jobs, but always spends a lot of time thinking about communication, language, and how words… word.

She has a love for fantasy, mythos, and genre subversion, and that is what drew her toward writing LGBTQ fantasy. She also tends to fall into research pits while trying to write. Therefore, she knows a lot of random trivia about a lot of random topics.

View all posts by velvetpanic